Sale Synopsis Update: November 22, 2013
Brand new and factory sealed 'Saiyuki Reload' game for the Japanese Playstation 2 which includes a copy of the original bonus 'Saiyuki Reload Voice CD' that was given away with the software as a preorder bonus. Our inventory shows 217 copies of this game remaining in our inventory spread out over five cartons. It's unclear what compelled us to purchase that many of this particular title back in 2004 but we're assuming alcohol was involved.

NCS Product Synopsis
Update: March 18, 2004
«©NCSX» Once upon a time in the land of Tougenkyou (Shangri-la), men and demons coexisted in peace. That is, until a rogue band of demons set plans in motion to resurrect the legendary Gyumaou (King of Demons). After that point, the demons went wild and much calamity erupted across Tougenkyou. To stop the resurrection and quell the madness, a powerful monk named Genjou Sanzo is summoned by the Sanbutsushin to quest towards the West with three companions known as Son Goku, Sha Gojyou, and Cho Hakkai.
In Saiyuki Reload, players join the quartet and tag along as a helping hand on an original quest. Enjoy the interactive adventuring, card battling and exciting flick-action sequences which show off animated attacks upon demons.
Product Specifications
Publisher: Bandai
Territory/Language: Japan
Jan Code: 4543112240514 / SLPS-25344
Japan Title: 最遊記RELOAD
Famitsu Review Score: 7/6/4/6
Official website: http://www.bandaigames.channel.or.jp/list/saiyuki/
Region Lock-out
Please note Japanese Playstation 2 games will not boot on USA or European PS2 consoles due to the inherent region-lockout on Playstation 2 game discs. 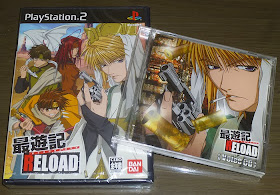 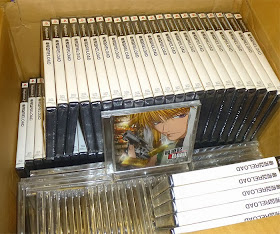